Have you ever wondered what it was like to orbit the Earth? Good news! There is a local museum that lets you experience the history and life of John Glenn. John Glenn was the first man ever to orbit the Earth. He successfully achieved this three times in a total of five hours. The John and Annie Glenn Museum is a great way to spend some extra time in the perfectly preserved childhood home of John Glenn, a trip back to the 1960s with a living history tour and a tour about his life and achievements.

The preserved boyhood home of John Glenn looks just as it did when Glenn’s family lived there. The house is light blue with white trim and sits right next to Route 22 in downtown New Concord. The house has been moved two times to arrive at its current resting place. The house was not damaged at all between any of the moves. The movers even put a glass of water on the counter before the transportation of the house to prove that nothing would fall or break during the move. Both times, they didn’t spill a drop of water. There are only a few minor changes to the house for practicality reasons. A great example is that the inside now has an elevator and an extra stair case on the back of the house to make getting from different floors easier and handicap accessible. The basement of the house has been turned into the main entrance and the beginning of the tour.

The living tour is a unique part of the museum that really makes it stand out from other museums. The guide is “John’s son,” and he gives great detail about what it was like to live in the house in the 1960s. The kitchen and dining area are exactly what you would expect them to look like if they were frozen in time. This part of the tour reminds me of my grandparents’ house in the sense of old kitchen appliances and dishes along with the style of the dining room. The living room is no different. Everything is a huge step back in time. A great example of this is the black and white TV with rabbit ears on the back. The Glenns’ telephone is a top-of-the-line phone from the 1960s. The guide explains that before they purchased a private telephone line, everyone on the street could hear their neighbors call. When they received a call, everyone’s phone on the street would ring. This really makes you appreciate how we live now, when we can simply text someone we need to contact.

With a short walk up the stairs to another floor, the rest of the tour is all about Glenn’s life. It is all dedicated to accomplishments, missions, and experiences. His high school achievements are on display in a showcase. In it are things like his athletic letters. He lettered in football and tennis at New Concord High School. Also in this room is some space equipment and even parts of his spacecraft. Down the hall is his childhood room where some of his favorite toys and hobbies are on display. A few of his toys were planes and trains that are on display throughout his room. Displayed on his desk is one of his hobbies: model planes. Out from his room in the same hall is another room full of war gear. In this room there is a display case that has two of his military suits on display. His military suits contain all of his awards he won in the military. Another room is dedicated to his flight suit and materials. His space suit is on the body of a life-sized mannequin of him. His flight equipment is very unique in the sense that it was new technology when Glenn used it on his first flight into space. His equipment seems like a dinosaur compared to all the advances in technology and equipment we now have today.

Going to the John and Annie Glenn Museum is a must if you are in the area. It’s not a typical museum: it is a house, it has a living tour, and it contains the personal items of John Glenn’s past. My visit to the museum was a very successful outing. I learned a lot of interesting facts that I did not know before. The museum’s own documentary on the life of Glenn gives a great background and some interesting facts. You can choose to only view the documentary if you do not have time to take a full tour of the museum. This is a place I would definitely go back to and even take more of my family. Whether you are interested in learning more about the Glenns or if you are looking for something new to explore in Muskingum county, the John and Annie Glenn Museum is the place to go. 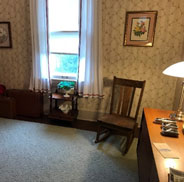 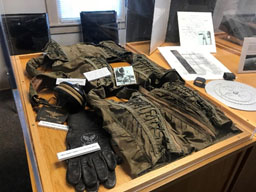 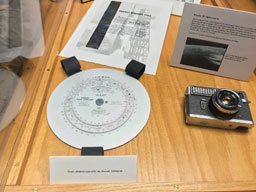 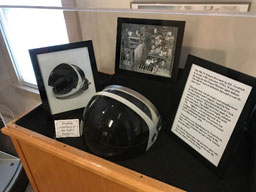