All roads lead to Zanesville

Zane Grey, the prolific American novelist of the Western genre, grew up in Zanesville, OH. The town, however, owes its name to his ancestor Ebenezer Zane who blazed the first trail through the Ohio wilderness in 1796-97. Zane’s Trace was a pioneer trail from Wheeling, VA (later becoming West Virginia) to present day Maysville, KY. Zane founded the village of Zanesville in 1800. It was located at the confluence of the Licking and Muskingum rivers, which helped make it an attractive location for commerce.

When the National Road was extended from Wheeling, Virginia (which became West Virginia in 1863), the alignment generally followed Zane’s Trace. From the 1840s until commencement of the American Civil War in 1861, Zanesville was a stop on the Underground Railroad for slaves escaping to the North. In the first half of 20th century, Zanesville’s population growth ben-efitted from the manufacture of pottery, bricks, glassware, and many other products.

One of the most notable 21st-century artistic hot spots in Zanesville is the Alan Cottrill Sculpture Studio and Gallery, which showcases hundreds of works by the renowned sculptor and Ohio native. It’s housed in a 17,000-square-foot, two-sto-ry building in downtown Zanesville. 110 S Sixth St in Zanesville, www.alancottrill.com. 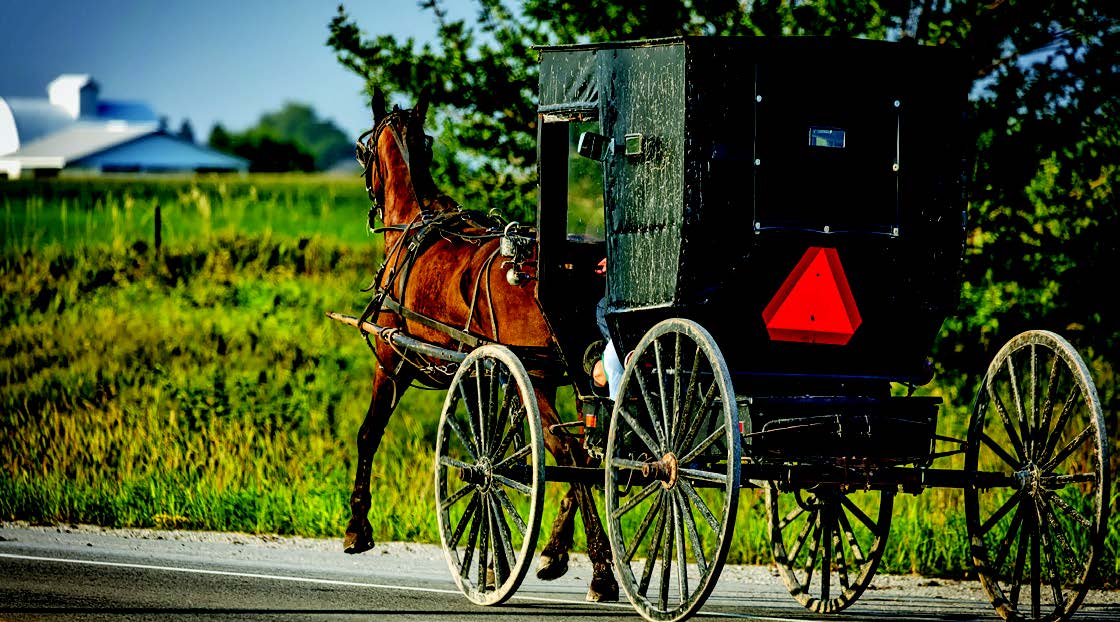 Explore the unique culture of the Amish with an interestingride through Ohio’s Amish country. 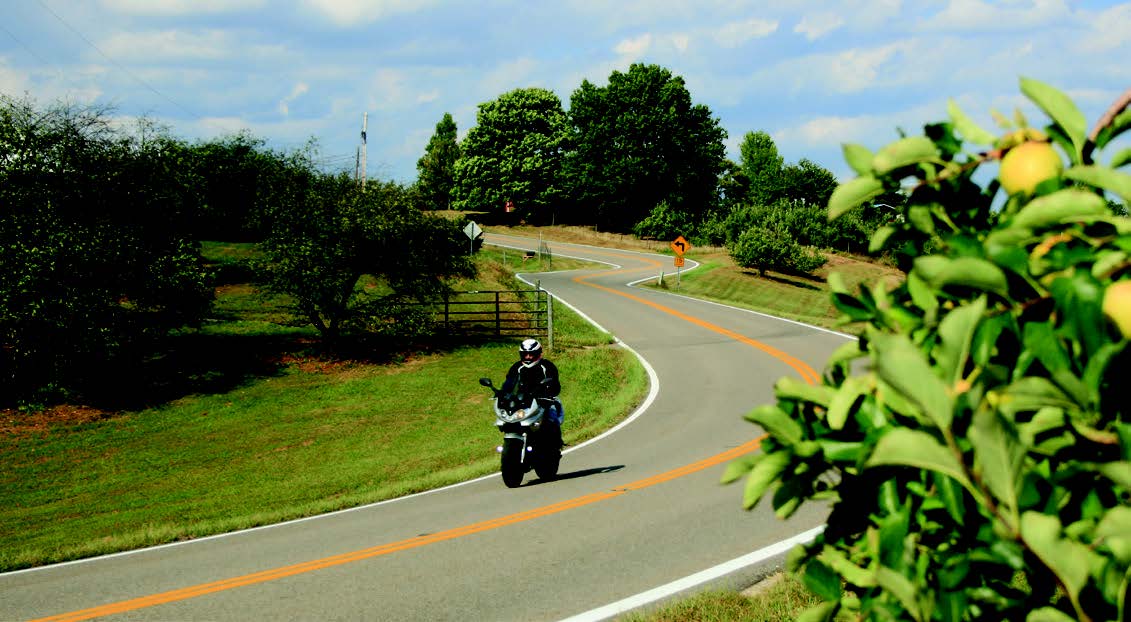 This short jaunt west of Zanesville leads to the outskirts of Columbus. The rolling hills, farms, and lakes make this an exceptionally soothing ride to clear the mind. 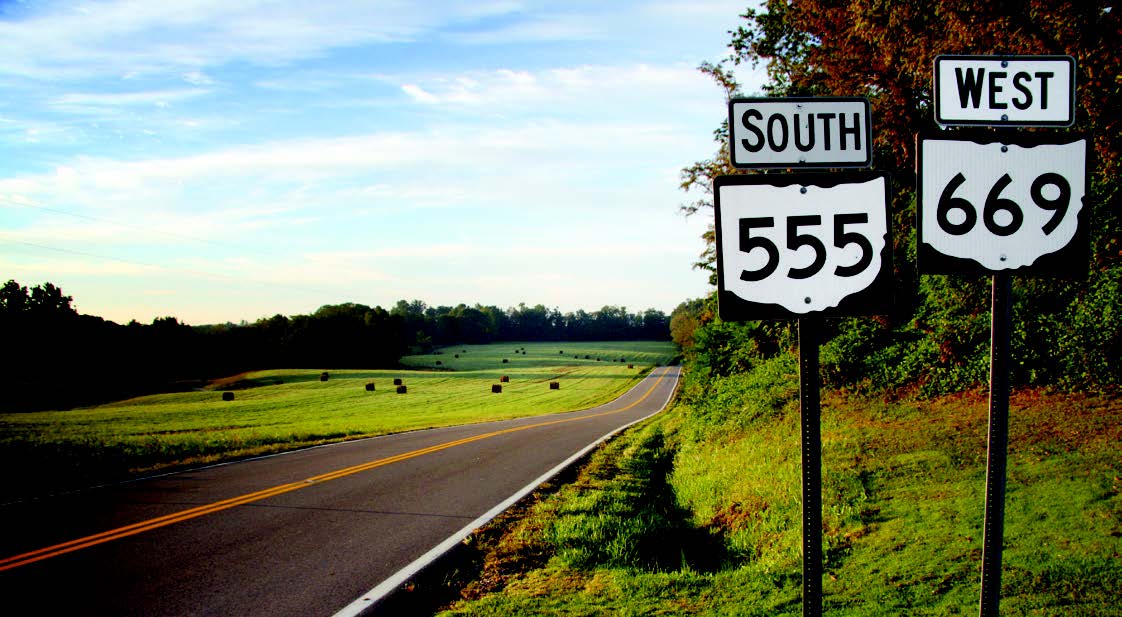 The Triple Nickel Tour, referred to as Ohio’s Tail of the Dragon, seems as though it was designed specifically for motorcyclists. Enjoy a thrilling ride through some of the most beautiful farmland and forests that Ohio has to offer. 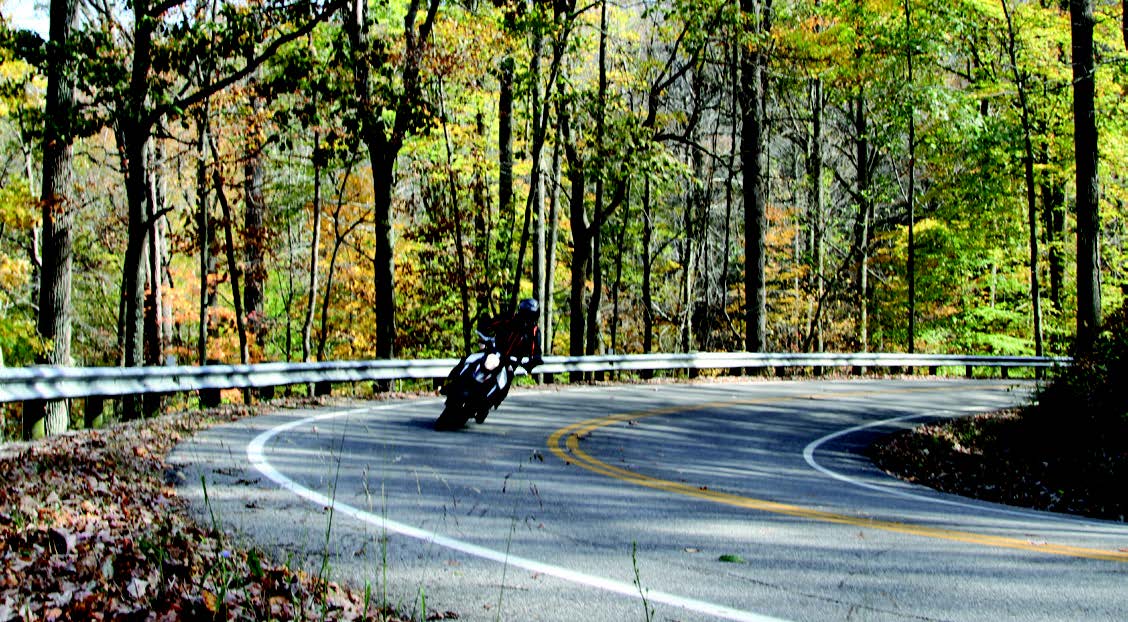 A trip through Wayne National Forest on your way to the Ohio River is a wondrous venture through the Appalachian foothills. You will be immersed in a serene landscape that includes quaint covered bridges, rock shelters, rushing springs, and hilly terrain covered with hardwood and pine forests.