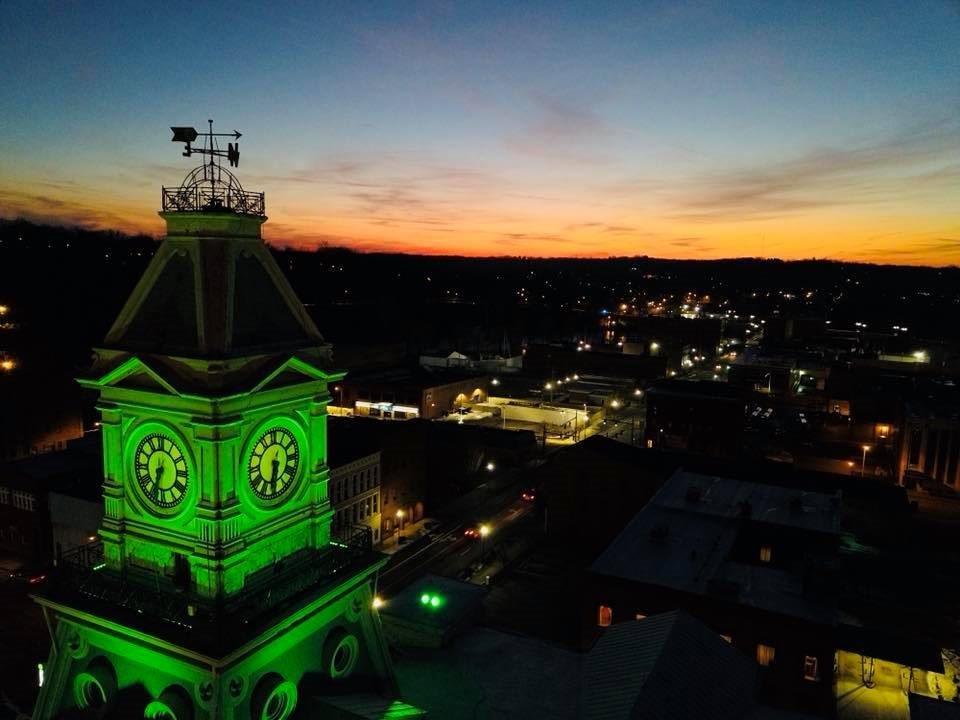 Zanesville is the county seat for Muskingum County. The population of Zanesville was 25,487 at the 2010 census. Muskingum County experienced a slight increase in population between 1990 and 2010, raising the total number or county residents to 84,884 people. Muskingum County seems to be remaining stable in. Zanesville was named after Ebenezer Zane, who had constructed Zane's Trace, a pioneer road from Wheeling, Virginia to Maysville, Kentucky through present-day Ohio. In 1797, he gave land as payment to his son-in-law, John McIntire, at the point where Zane's Trace met the Muskingum River. With Zane's help, McIntire platted the town and opened an inn and ferry by 1799. In 1801, Zanesville was officially renamed from Westbourne.

Ebenezer Zane founded Zanesville in 1800. The village was located at the junction of the Licking River with the Muskingum River. Zane had built a ferry service at this place for people traveling along the frontier road known as Zane's Trace. By the War or 1812, the town had approximately 1,400 people. It became the Muskingum County seat in 1804. In 1810, Zanesville replaced Chillicothe as Ohio's capital city. The main reason for this change was an attempt by Democratic-Republicans in Ohio to solidify their control over eastern Ohio. The capital remained in Zanesville for two years and returned to Chillicothe in 1812. A. new state capital was established in Columbus in 1812. The Ohio General Assembly met for the first time in Columbus in 1816.

Zanesville became an important commercial center in the region, with a number of skilled craftsmen and small shops located in the town. Businesses manufactured soap and candles, and the pottery industry capitalized on the plentiful clay in the region. In 1846 seven iron foundries operated in Zanesville, as well as one cotton mill, five flourmills, four sawmills, two oil processors, and one paper mill. Because of the city's location along Zane's Trace, the National Road, and the Muskingum River, Zanesville's thirty stores carried a wide variety of goods during the 1840s.

The most important industry in Zanesville during the second half of the nineteenth century was art pottery manufacturing. Samuel A. Weller became the community's most important manufacturer in 1890, when he began production in Zanesville. Most of his early products included simple items like flowerpots, cuspidors, and tableware. By 1905, more than five hundred workers were employed in Weller's plant. These workers produced three boxcars full of pottery every day and made Weller the largest manufacturer of pottery in the world by the 1910s.

During the late 1800s, most art pottery was hand painted. Many manufacturers ended this practice before World War I and preferred to use faster machines. Weller continued to use hand painting until the 1930s. Due to the Great Depression, Weller Pottery ended production in 1948.

Y-Bridge A three-way bridge called the 'Y-Bridge' Bridge' is located at the confluence of the Licking and Muskingum Rivers in downtown Zanesville. Listed on the National Register of Historic Places, it is one of very few bridges of its type in the United States. It has been rebuilt numerous times since the 1850s. Visitors to the city are often surprised when they receive directions including the statement, 'Drive to the middle of the bridge and turn right. New York City's Triborough Bridge spanning the confluence of the East River, Harlem River, and Bronx Kill has some topographic similarities to the Y Bridge, but it consists of three separate bridges which meet at an island junction in the middle of the water.

Muskingum County On January 7, 1804, the Ohio government authorized the creation of Muskingum County. The county's name came from an Indian word for 'near the river'. The Muskingum River flows through the county. Located on Zane's Trace, the county grew quickly. In 1810, Zanesville, the county seat, became Ohio's capital, replacing Chillicothe. The main reason for this was an attempt by Democratic-Republicans in Ohio co solidify their control over eastern Ohio. The capital remained in Zanesville for only two years, returning to Chillicothe in 1812, before moving permanently to Columbus in 1816.