Matthew Eley is an Ohio-born, San Francisco-based writer and board member of the Bay Area Travel Writer’s Association. His work focuses on travel, political and cultural commentary — you can follow him on Instagram at @MatthewEley or on Facebook.

It is not in the American religion to go out to eat for Thanksgiving. At least, it is not orthodoxy. The classic Thanksgiving is set within a home and will be until we have forgotten who Normal Rockwell is.

But nonetheless, there is now and then an establishment which is so warm, so convivial that it not only does in place of the home but becomes a home of its own sort — and on Thanksgiving this is a tall order. Bryan Place, in Zanesville is place that manages the feat, both on the fourth Thursday of every November and every luncheon in between.

Bryan Place is well-known to my family; we have been to Thanksgiving there before and had lunch at the restaurant many times, usually on summer days when daylight streams through the open windows and onto your Cobb salad. It can be a destination, with its roomfuls of furniture for sale upstairs, or it can be a pleasant luncheon stop in between Zanesville’s other draws such as the famed Y-bridge (a bridge whose predecessor captured the imagination of First Lady of the Air, Amelia Earhart, more fully than the Golden Gate). You will usually notice business folk from the nearby downtown there in the afternoons, sipping iced tea in the summer and coffee in the winter, water in the off seasons.

This rainy week, however, found our family hosting the siblings and their children the Saturday following Thanksgiving. With a 25-pound turkey lying in wait in the refrigerator like a bird of prey(fulness), we had little desire to jinx the big meal by first doing it on a small scale for only us three. As mentioned, Bryan Place has answered this call before, but this year they had outdone themselves; as the years have gone on their kitchen has evolved, or simply gotten comfortable in the roomy interior of the former Zanesville YWCA. The result is an excellence that is intimate, inviting and warm. 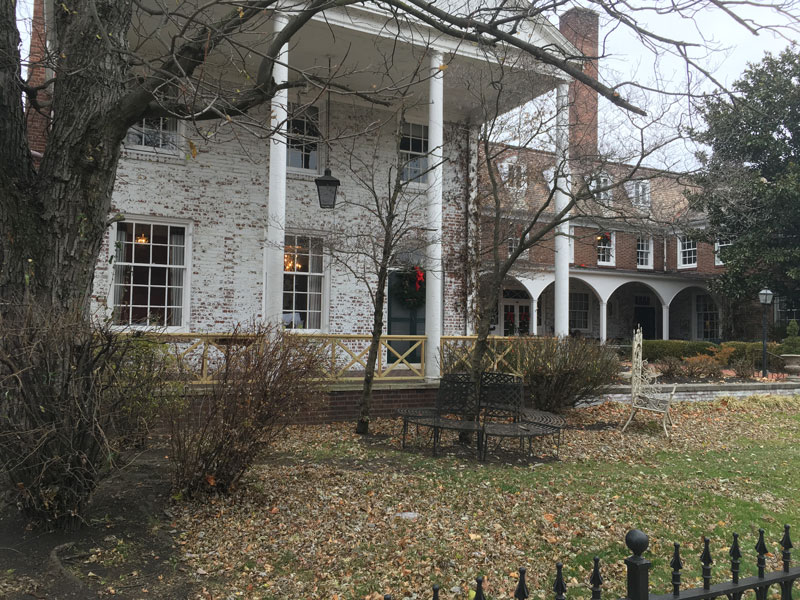 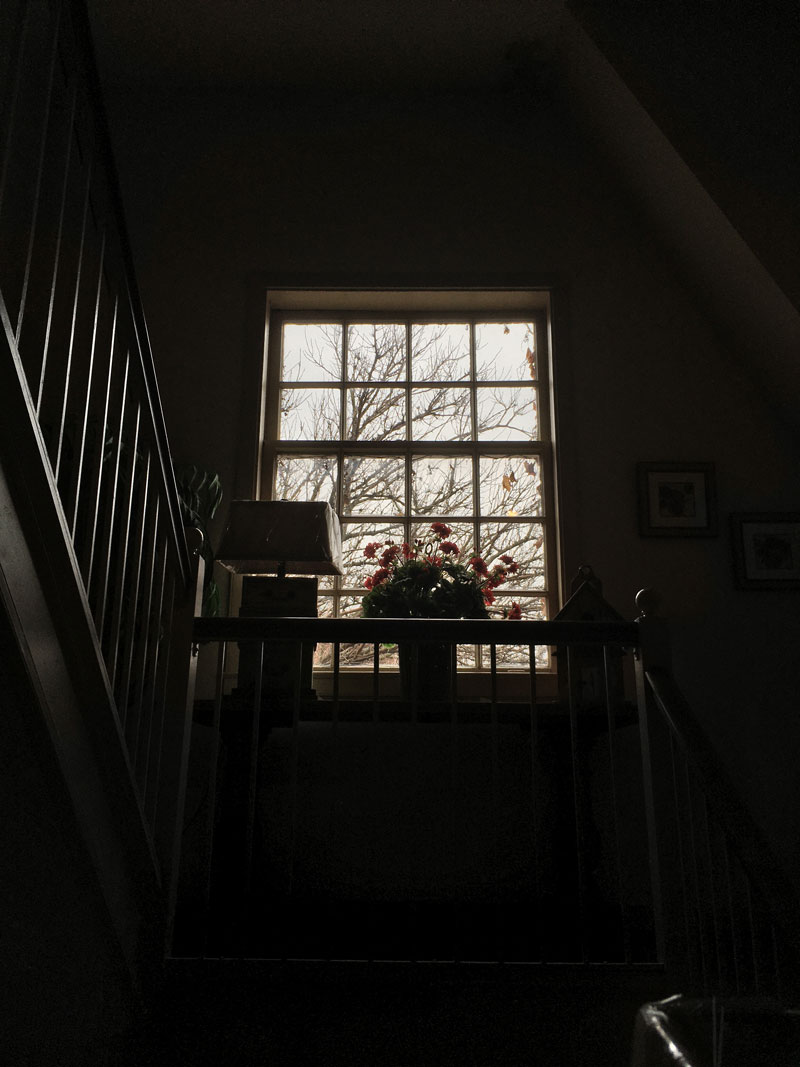 While boasting the talents of Culinary Institute of America-trained Chef Russel Benedict, now in his seventh year at the Zanesville establishment, Bryan Place is more known as a furniture store outside of Zanesville. From the exterior, tasteful Christmas wreaths on the windows of the pleasant neocolonial brick structure suggest the thoughtful interior decorating team which has filled dozens of the rooms formerly let out to residents with eclectic furniture offerings.

We had not come to feast our eyes, however. Bryan Place had put on a magnificent spread and the dining room, ballroom and auxiliary room were as well-stuffed as any family table for the entirety of the day. An obligatory salad bar was outshined by the premier act: a smorgasbord of green bean casserole, mashed potatoes, candied yams, turkey, stuffing, rich gravy, sweet hams, chicken and noodles, doughy sweet rolls. The Pilgrims did not flee religious persecution in England to eat salads and I feel this strongly, but Bryan Place is kind to be hospitable to those who disagree. 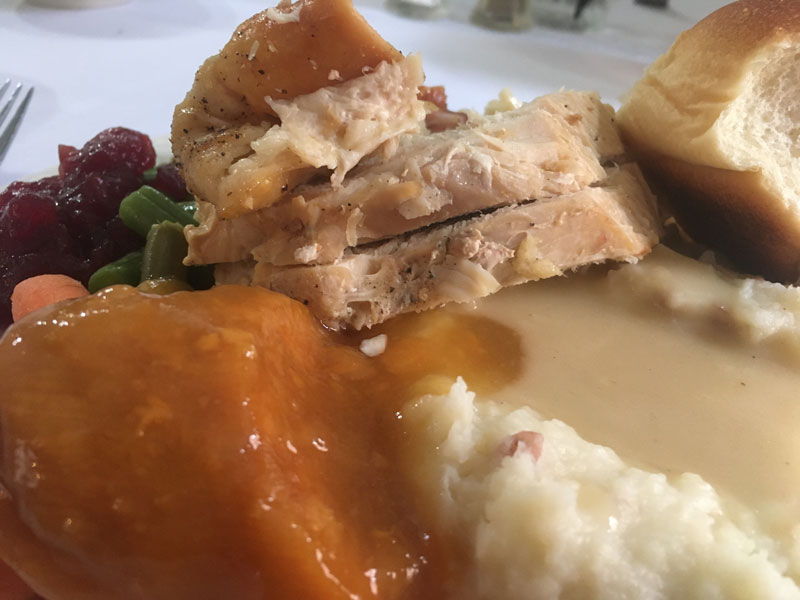 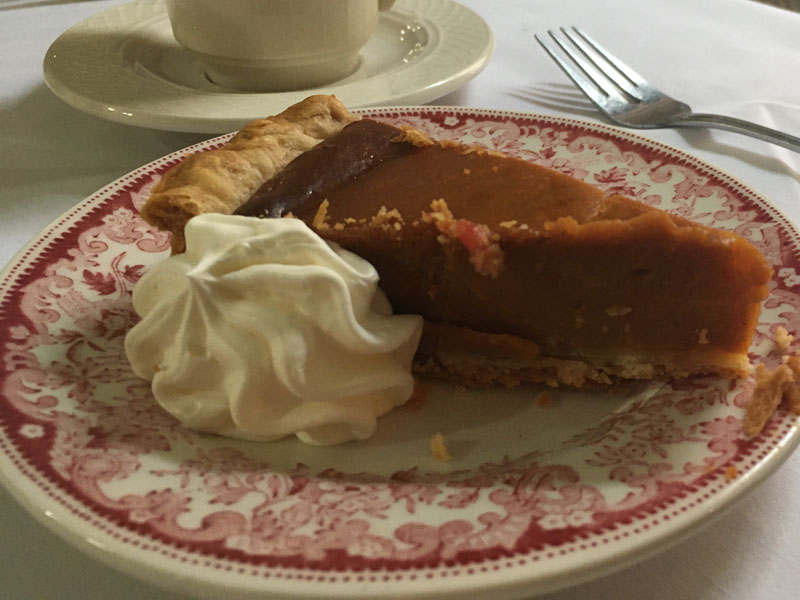 Present too was a dessert table at which the staff outdid itself: pumpkin pies, pecan pies, cherry pies, French silk pies and an assortment of cakes for good measure, each perfectly baked and eager to melt into your mouth alongside steaming mugs of coffee — necessary for those hoping to drive home and nap while watching Detroit Lions lose.

Few food writers are up to the task of adequately describing a Thanksgiving meal; perhaps it is the difficulty of describing a meal so well-known and with so many personal memories in the readers’ hearts. It is like music critic attempting to describe Neil Diamond's Sweet Caroline: at this point your audience is better informed than you are. Bryan Place, now in its thirtieth year, already has an informed and loyal clientele, with over four hundred reservations made for their Thanksgiving luncheon last Thursday. But it is worth pointing out this hidden gem for those without dinner plans next November.

Thanksgiving is less about being content for a flawless existence and more about being thankful for the blessing of enough. At Bryan Place, there is not the tailored, perfectionism that sometimes saps the color of other restaurant Thanksgiving experiences. There is no wine pairing or attempts at wine pairing; no cool jazz; the meal is served buffet style and you will certainly end up behind a fellow guest who skillfully removes the all stuffing from in between cuts of turkey, leaving you to wish you had thought of that.

But instead, there was wine which flows; warmth of a full room; another tray of stuffing in due time. And you may return any time of the year for this sense of homeyness, unique and unexpected even among home furnishing stores.

Readers wishing to visit Bryan Place will not be able to enjoy Thanksgiving dinner there until next year, but you may enjoy a pleasant lunch prepared by the same staff, served daily from 11AM-2PM Monday through Saturday — either as a precursor to traipsing about the business’ three stories of choice furniture and settings or a reward. You may even make a friend on your way in. 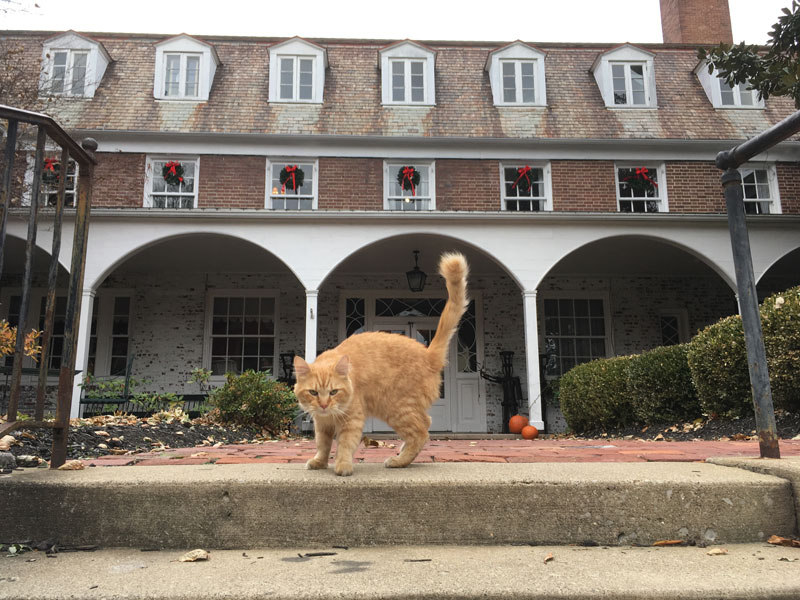