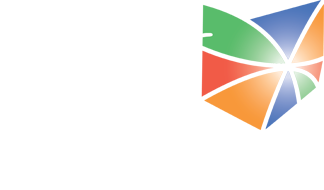 Zane's Landing: A Top Place to Visit in Zanesville

A writer born in the late 1800s named Zane Grey said, “I arise full of eagerness and energy, knowing well what achievement lies ahead of me.” Now a sculpture of him stands on the west end of Market Street in Zanesville, Ohio, at Zane’s Landing Park. This park has many wonderful things to offer such as events and festivals, commemorative sculptures, the Lorena Sternwheeler, and beautiful photography opportunities, especially along the trail.

Fans of social events and festivals enjoy visiting Zane’s Landing for annual occasions and summer concerts. Every Independence Day, Zane’s Landing hosts Stars and Stripes on the River, where there is food, entertainment, and—most importantly—fireworks. Over the past few years, my friends and I have attended this event and have loved every single moment. We would stop by the food trucks and order French fries and cotton candy to eat while watching the fireworks that were being set off three blocks away on the Y-Bridge. In early August, The Y-Bridge Arts Festival, similar to Stars and Stripes on the River, also has food and entertainment, but they display large amounts of local artists’ work. My friends have had their work presented in the Arts Festival, and I’ve always had an incredible time seeing all the talent there is in Zanesville. These two aren’t the only events at Zane’s Landing. There are plenty more occurring throughout the year. In addition to these events, concerts are also hosted at the pavilion by many local bands such as the Zanesville Memorial Concert Band. While playing percussion in a couple of the band’s concerts, I got to see how the audience reacted. Looking around and seeing all the smiling faces makes a person appreciate having a place like Zane’s Landing where people can come together and spend quality time with each other.


Even though people can go to Zane’s Landing for events, they can also take time to observe the commemorative sculptures and monuments. The biggest sculpture the park contains, dedicated in 1999, is the Bicentennial Commemoration statue of John McIntire, Noah Norris, Zane Grey, and John H. Glenn, Jr. There is a plaque to the right of the sculpture that gives you a little information about these important people. The sculpture is atop a mound and surrounded by a brick path which allows for a 360-degree view of it.


Zane’s Landing also has the only eternal flame memorial which is dedicated to Medal of Honor recipients. This was dedicated in 1998. There is also a sculpture of a soldier and a sculpture of boots and a helmet between the Bicentennial Commemoration and the Eternal Flame. Plaques placed alongside these sculptures honor those from Muskingum County who died during the Iraqi Conflict and in the Republic of Vietnam. In front of these plaques and the eternal flame are the POW/MIA flag, the United States of America’s flag, and the Ohio flag.


Another piece of history Zane’s Landing contains is towards the back end. Weighing over 59 tons, the Lorena Sternwheeler is 75 feet wide and 104 feet long, and can carry 75 passengers. It is open from June to October. Tickets range from $8 to $225 depending on the type of ride you are attending. The Lorena provides many actives such as public rides and dinner cruises. A few of the events you can attended include the Blue Grass Sensation, A Tasty Cruise, Steer the Boat Day, and So Much to See and Do. Luckily the Lorena Sternwheeler is still standing after the blizzard of ’78. Snow had reached 38 inches in areas of Ohio. A quarter-inch of the Lorena was turned into the water. After the blizzard, the Lorena Sternwheel was known worldwide.

Zane’s Landing also has beautiful scenery, providing a marvelous area for photographers to take pictures. If you take the red brick path behind the Bicentennial Commemoration statue, you can sit on the bench that overlooks the Muskingum River. To the left you can see the train bridge which seems to be a very popular place for senior pictures. The bench also provides a place to sit while watching the beautiful sunset. Walking along the bank, you can view the shadow of the trees upon the water. Zane’s Landing has provided me with a beautiful place to take homecoming and senior pictures. Pictures were taken of me lying on the beautiful red brick sidewalk and leaning against the trees, which provide lots of shade for the area. Even along the trail towards the back of the park, there are beautiful photography opportunities. The almost three-mile asphalt trail connects with Riverview Park and runs along a railway and the Muskingum River. The trail is also wheelchair accessible. During certain parts of the day, the sun shines through the trees or glistens off the water which can be seen through the trees.


From the family and friendly fun that can come from events and festivals to the beautiful pictures of the scenery surrounding the park, Zane’s Landing has a lot to offer. The multiple times I’ve spent at the park—no matter what event I was attending or even if I was just looking at the surroundings—was time well spent. I will never forget the memories made at Zane’s Landing and will continue to visit in the future as well. Of all the beautiful places in Zanesville, Zane’s Landing should be in the top ten places to visit.