Zanesville is a town full of restaurants and fast food, but the restaurant that sticks out the most is Tom’s Ice Cream Bowl. Tom’s is so famous that it has been on Ice Cream Nation on the Cooking Channel. Tom’s has not always been Tom’s. In the past it was owned by Jack Hemmer and Tom Mirgon but was bought by Mirgon, and in 1957 it finally became Tom’s Ice Cream Bowl. Tom worked at the diner until 1984 and finally decided to sell the business to his former manager Bill Sullivan, and Bill owns the place to this day. He still maintains an excellent dining experience and good relations with the people of Zanesville. Tom’s has the best dining experience in Zanesville and surrounding areas; furthermore, Tom’s is the only place in Zanesville that still makes ice cream on a daily basis, with an owner who took a pledge saying, “I pledge to maintain the fine quality, cleanliness, and excellent service created by Tom and, as a tribute to the many years of Tom’s hard work, to never change the name of Tom’s Ice Cream Bowl.” With someone who takes a pledge like that, you should know that you are in for a treat of a dining experience.

Now that you are familiar with the history of the establishment, let’s talk about how they are the only place in Zanesville who makes their ice cream from scratch. They have large drums that turn the sugar, milk, and cream. They then put it in a freezer for 8 hours and serve it fresh every single day. The same person has been making the ice cream at Tom’s since Tom sold it in 1984, so it is the same as it was back then. With this being the case, Tom’s gives us a very comfortable, homemade feel. It takes you to a time when you would go to your grandmother’s and have a big bowl of homemade ice cream. Tom’s, being the only place in Zanesville that makes their ice cream, is extremely unique. All other places that serve ice cream are giving you soft serve ice cream which comes from a machine and could be sitting around for days. When you go to Tom’s, they are serving fresh ice cream and all fresh fruit. They also have seasonal flavors, such as chocolate peanut butter cup, salty caramel, cherry cordial, red raspberry grand, pumpkin, coffee, and Tom’s Trax. All of these flavors make this restaurant pretty rare because there are no other places in Zanesville that serve all these flavors. 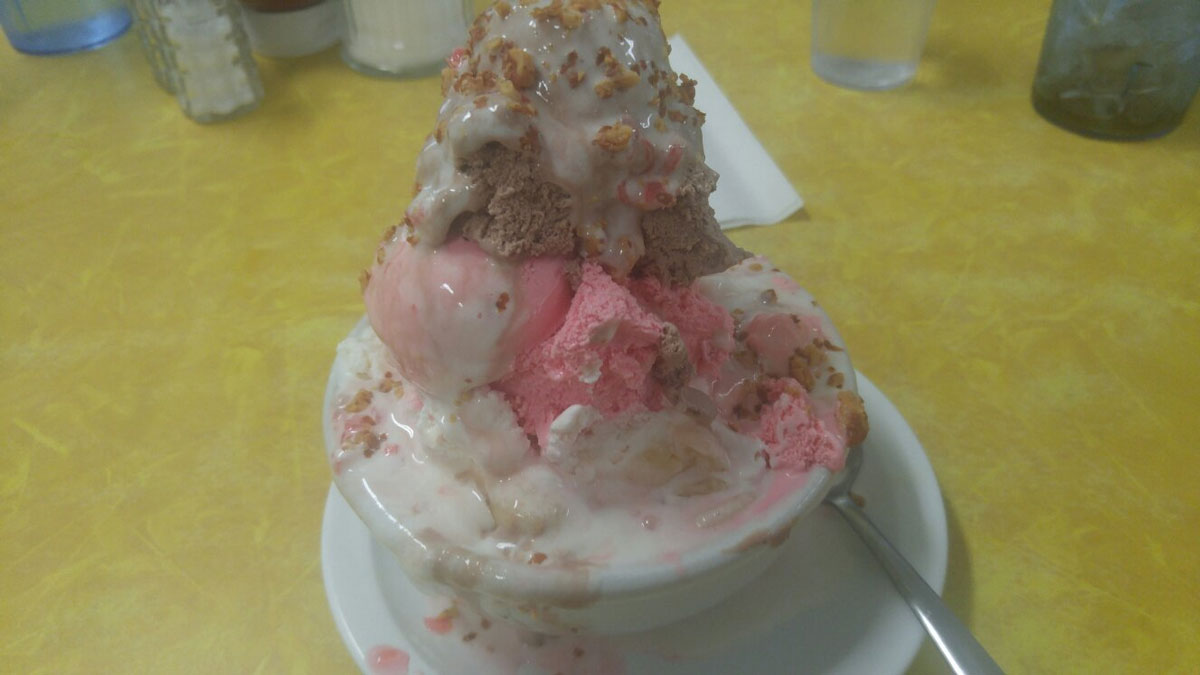 Another thing that sets Tom’s apart from any other restaurant is that they have the best diner feel. When you walk into Tom’s, it is like you stepped into a time machine that has taken you back to the 1950s. It is the number 2 place in Zanesville to eat, and that is for a good reason. They have a certificate of excellence with TripAdvisor. Tom’s still has the same chairs, the same tables, and the same layout as when it started, and they still serve their ice cream in soup bowls. The old pictures on the walls make you feel like you were there when it was opening in the ’50s. Tom’s throws their employees back in time as well, with their button-up shirts and their bow ties. The staff are extremely friendly and very polite, and the owner Bill is the same as his staff. Another great addition to the dining experience is their bar where you can sit and eat while watching the employees make the ice cream. Another thing you notice is how clean the place is: the floors are very clean, and there is nothing in the place that really looks dirty at all. The sight that catches your eye the most when you walk through the door is the nut bar. As soon as you walk in, if you look to your right you see a bar full of nuts, peanuts to almonds, and they make sure you see this because this is where you check out. The nut bar sells nuts by the pound and has an assortment of chocolates you can buy by the pound as well. 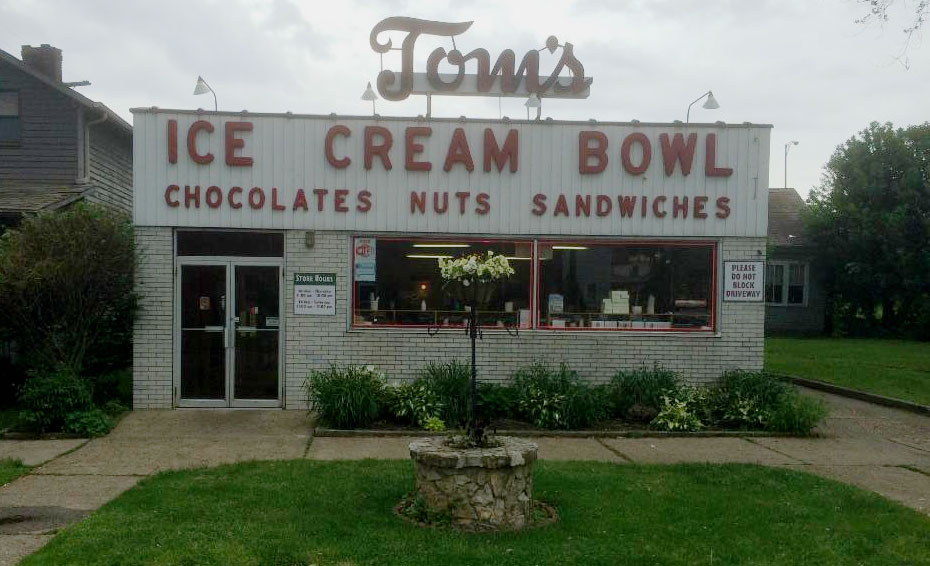 Tom’s has been on the Food Network and was in an episode of Ice Cream Nation where they made an episode about Tom’s and showed how they do things. They captured the place in a very good light and showed everyone their great staff members. They also showed the process of them making their ice cream and interviewed the person who makes it. Tom’s has a certificate from Ohio recognizing that they were on the TV show.

Tom’s is extremely rich in history; the owner Bill keeps that fresh in everyone’s minds as they walk into one of the best diners in Zanesville. Bill has had a successful business by simply being a good person. He maintains the cleanliness, keeps a good public opinion, has great relationships with his customers and his staff, and always greets you with a smile. If all of that does not impress you, the homemade ice cream speaks volumes for itself.